Now, I'm not assuming here that the numerical value of my position is necessarily some kind of value judgment - it could just as easily be "the first thing on the list" as it could be "the very very finest wordular arrangement I've ever seen".  No assumptions are made here about the qualitative nature of this numerical listing, is what I'm saying.  It could be that I was merely lucky, or that the ordering was alphabetical (except then I would've been positioned at third place... but people do make mistakes).  It could be completely and utterly arbitrary.

But - regardless of the presence or absence of any sort of judgment-based ordering practices - 'Beef' is NUMBER ONE on this new and exciting list of "11 Best Vegan Books To Read This Summer"!  Woohoo!  Much awesomeness! 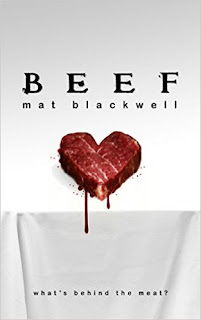 11 Best Vegan Books To Read This Summer (Or Any Other Season, Let's Be Honest) 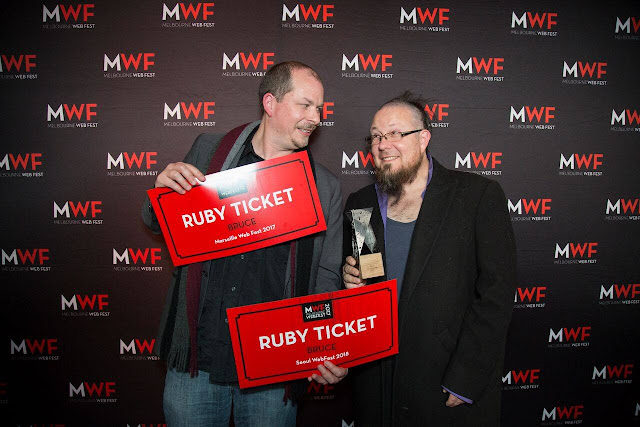 Wok and I accepting Best Screenplay at the Melbourne WebFest,
as well as two "Ruby Tickets" for the Marseille and Seoul WebFests!

'Bruce' has won another award, and this one really moved me lots.  We won Best Screenplay!  Woohoo! This one was super special for me, because the first thing people see with Bruce is the amazing cinematography and vision - it's hard to miss, really - but this award meant that the judges had somehow seen past the incredible visuals and into the many years of hard work that Wok and I put into the wordular arrangement that lies beneath the eyecandy.  We were nominated for five awards that night, but there was only one that I wanted to win - AND WE DID!

Just so stoked by this.  Very very awesome!